Check Before You Go!

We have lots more on the site to show you. You've only seen one page. Check out this post which is one of the most popular of all time.

While you are reading this text, surely there are thousands of people knowing wonderful places by bicycle. Maybe many more.

A wise man once said: “To be happy in this life you only need three things: Something to do, someone to love, and a bike to pedal.” I would choose that life, and you?

There are no reasons.

Who needs reasons when you have a bicycle to travel the world?

Taking into account that each bicycle trip is a unique experience for the cyclist who makes it, it would be impossible to try to house in this text, all those beautiful corners that this huge and beautiful planet that we call Earth has.

And for this reason, I will try the difficult task of making a selection with the 10 places where every cyclist must pedal before dying.

To attend L’Eroica, all you need is to have a bon vivant soul and pedal the 200 kilometers of Italian roads that make it up, riding a bicycle that predates 1987;

Since legend has it that during this cycling route, they throw stones at anyone who approaches less than 50 km with a carbon bicycle, electronic gearboxes, and other heresies.

This powder will improve your energy, boost your immune system, and detoxify your body of unwanted toxins. Click Here for an Exclusive PriceDr. Colbert's

There is no talk about the brands on your Strava, or average speeds, power, or any of those data that are so important on the routes today. Here, we only talk about good food, good drinking, old bicycles, and the beauty of the landscape.

The Titan Desert is a mountain biking event based on the philosophy of the Paris-Dakar Rally.

Cyclists compete for 6 days in the Moroccan Sahara (the route varies according to the year), with few signposted routes, where navigation and orientation play a fundamental role. The hardness of the test is marked by the long-distance of the 6 stages (750 kilometers) that make up this titanic challenge by bike through the desert.

3. The Baja Divide, US, Mexico

Ideal for cyclists who love challenges, although it is actually suitable for anyone who is a bicycle enthusiast.

The Baja Divide is a route of 2736km of travel (but you can make your route as you want), which crosses the entire Baja California peninsula, starting from San Diego in the State of California, in the United States of North America, to San José del Cabo in Baja California, Mexico,

The largest salty desert in the world. Ideal for cyclists looking to enjoy free pedaling, taken to its best. Thanks to its flat terrain it can be navigated on two wheels in any direction.

Best date to do it: Bolivian summer (January -February), since the rains flood the salt flat and a mirror effect -giant- is glimpsed where it is not known if it is the sky or the earth that is reflected in the sky.

With 60% of trips made by bicycle, this destination is undoubtedly the epicenter of urban cycling in the world.

Bike lanes, bike lanes, and specific traffic signs, for the cyclist this is one of the places that you cannot miss to ride a bike.

The best date to do it: April, but any date before September, which is when winter begins to make itself felt, is suitable.

Mallorca is one of the Balearic Islands, in the Mediterranean Sea off the eastern coast of Spain. A coveted destination for cyclists from all over the world.

Some of the best teams participating in the Tour France, such as Sky, train here. But from February to May, you will also find packages to participate in all-inclusive cycling camps, even high-end bicycles can be rented.

According to the lawyers on the subject, Whistler is possibly the most famous bike park in the world of Downhill and Freeride. This park has about 80 kilometers of paths and tracks of different difficulties for each type of cyclist.

Something that brings Whistler closer to a cycling paradise is that it has a network of hotels – for all types of budgets – ideal for planning a vacation dedicated to just riding a bike.

Best date to do it: summer – although it is more expensive – but any time before the icy Canadian winter will be fine.

The Danish capital is made for bicycles. Copenhagen has 350km of safe bike lanes separated from car traffic – in addition, in no time and by bicycle you can reach the beaches, forests, parks, and other attractions outside the city.

Here it is common to see elegantly dressed men and women riding their bikes – very few people wear helmets and much fewer wear lycra- Taking the bike on the Metro or on the train is as simple as boarding it, and besides that, it is free to take your bike, but you will have to manage a special ticket for the bike.

An excellent trail for the urban cyclist and a great way to see the city’s famous bridges, this mostly flat ride runs through the areas south of downtown Portland, which is one of the cities with the greatest cycling culture in the union. American.

The Camino de Santiago, in the northwest of Spain, is in fact a network of roads or routes that have as their final destination the city of Santiago de Compostela in Galicia.

No, you do not have to profess any religion to be able to enjoy this route that, in the Middle Ages, was traveled by pilgrims who went to see the relics of the Apostle Santiago, and which today is ideal for cycling.

At present, these roads have become a must for adventure cyclists, being able to design routes that range from 100 to 800 kilometers.

What Are Others Saying?

Hopefully, this article gave you a better overview of the 10 Places You Must Pedal Before You Die. Please share it if you know someone who could use this article.

Hey! I am Jonathan James, editor and co-founder of the Honest Kid Biker.I ride simply because I love to.There is nothing about cycling that I don’t like! I sometimes take part in group-rides and compete in races.

Continue Reading
link to Christmas Gift Ideas For Cyclists & Everyone : Running Up to 50% OFF

The ultimate guide to finding the perfect gift for the cyclist & Everyone in your life. In this article, we are going to reveal the Best Christmas Gift Ideas For Everyone and Specially...

Hey! I am Shahin Hasan Aaron, Editor and Co-founder of the Honest Kid Biker. I ride simply because I love to. There is nothing about cycling that I don’t like! I sometimes take part in group rides and compete in races.

I’ve explained some tips on How to Choose and What To Buy On My Website. Once You Pick Out The Bike for You, I’ll see on the tracks! My Website focuses on analyzing the best bikes on the market in-depth. Our goal is that you can select the Best Bike and spend it better.

Honest Kid Biker is a Participant in the Amazon Services LLC Associates Program, an affiliate advertising program designed to provide a means for sites to earn advertising fees by advertising and linking to Amazon.com. We are compensated for referring traffic and business to Amazon and other companies linked to On This Site. 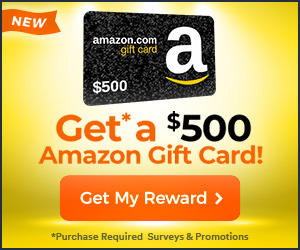 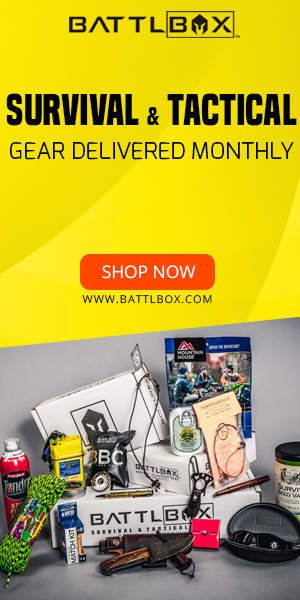